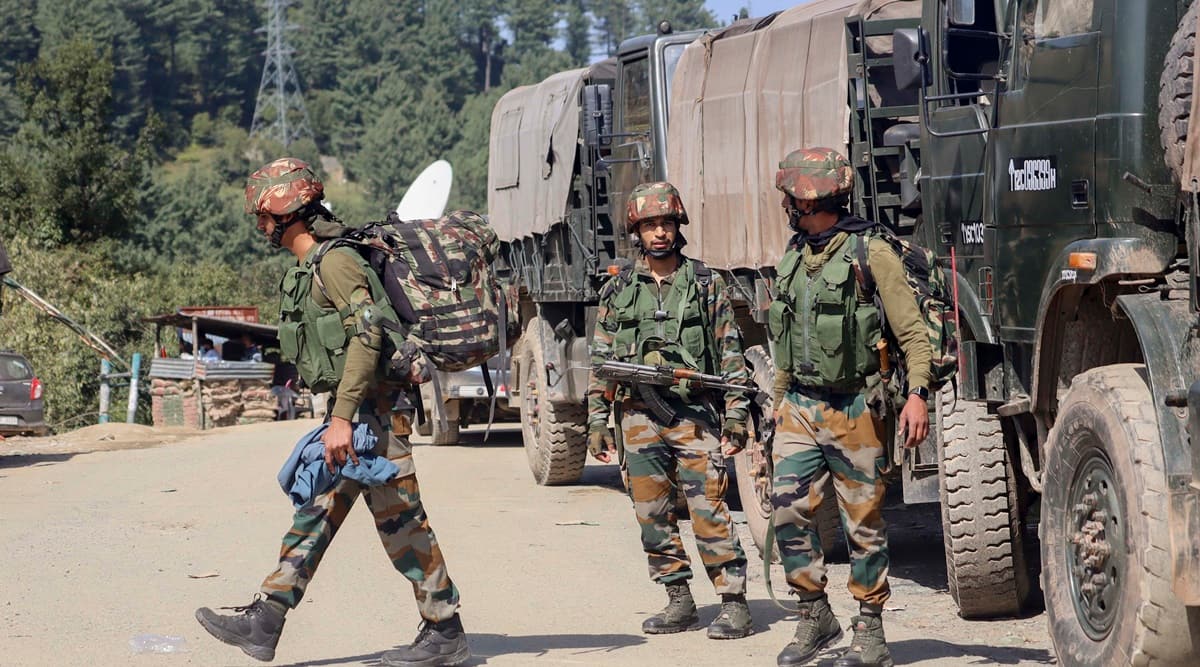 Two Military personnel have been killed Thursday in an encounter with militants at Bhata Dhurian in Jammu and Kashmir’s Mendhar tehsil of Poonch district. The deceased embrace a Junior Commissioned Officer (JCO) and a jawan.

Sources stated that contact was established throughout a combing operation by the Military to trace down militants who had held a fierce gun battle with the troops within the forests across the adjoining Dehra Ki Gali space on October 11, that left a JCO and 4 jawans lifeless.

Vehicular site visitors between Bhimber Gali and Surankote alongside the Rajouri-Poonch nationwide freeway was suspended after safety forces made contact with militants.

The encounter on October 11 was the deadliest the world had witnessed in 17 years, the final being in 2004, when 4 troopers had been killed.

The operation by the Military troops continued and had unfold to adjoining Rajouri district’s Pangai space, with militants, believed to be 4 to 5 in quantity, taking up safety forces there. Officers suspect the militants are a part of the group that infiltrated throughout the Line of Management in Poonch in August.

In keeping with officers, the group that had infiltrated throughout the LoC in August, and was believed to be headed for Shopian, had been intercepted by police and safety forces within the Pangai space. Two of the militants have been subsequently killed on August 6 and one other on August 19.

Final month, police and Military had busted a module of the Jammu and Kashmir Ghaznabi Power in Poonch district and apprehended three folks, together with two pistols, 4 Chinese language grenades and 100 pistol rounds.