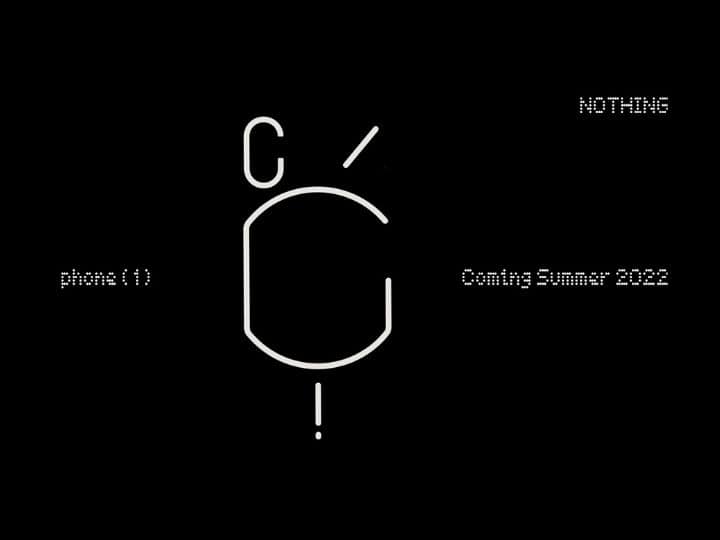 It was one of the most awaited phone announcements of the year. Carl Pei, the co-founder of OnePlus had created waves when he moved away from the brand in 2020 and then started his own venture, Nothing, later that year. Nothing had come out with its first product, TWS called Ear (1), in 2021, but there was always the feeling in tech circles that there were bigger things to come from the brand.

Shades Of OnePlus, Or Is It Nothing?

This feeling came true when Nothing announced an event called The Truth, dropping broad hints that it would announce a phone.At the event, Pei talked of the need to shake up the phone market by coming out with a device that would be exciting.

“How did we let it get so boring? We need to change this,” Pei said at the very beginning. “Today, all the excitement, all that possibility around tech is gone.”

He then went on to elaborate how Nothing was looking to change all that. In the process, he gave out some details of the first phone that Nothing would be coming out with, the Phone (1). He promised it would be different from everything else in the market, and would have its own simple and speedy interface, along with assured updates.

The subtle irony was that all this evoked a sense of deja vu in those of us who have been following tech over the past decade. All this talk of change and making tech exciting again was rather similar to the pitch that had been made for OnePlus, of which Pei was a co-founder, way back in 2013.

We had been told then that the new brand would make tech more accessible, would use new design and materials and come with a whole new interface.

Just as in the case of OnePlus, the stress here too was on the experience rather than individual specs. We were told that the Phone (1) would run on a Qualcomm Snapdragon processor but the processor itself was not named.

There was also no talk of camera megapixels, RAM, battery charging speeds and other features that are a standard part of smartphone launches these days. Again, shades of the early OnePlus.

The only major difference between what had been proposed by OnePlus all those years ago, and what was proposed by Nothing a few days ago, was the fact that while OnePlus played on price from the very beginning (coining the “flagship killer” term), Pei made no references to the pricing policy of Nothing. That said, given the extremely competitive pricing of Nothing’s first product, the Ear (1) TWS, it is likely that the Phone (1) will come with a price tag that will be competitive.

This summer we will be launching our first ever smartphone – phone (1). 📱

While it is going to be unlike anything you have seen, and I am super excited about it, this is just the start of the Nothing story. 👇 pic.twitter.com/5CGKf3sNkl

There might be a good reason for Pei’s opting for this strategy. OnePlus today has moved well beyond being the “flagship killer” it started out as and is now very much a premium phone player in its own right. It even sold more devices in the premium segment in India than Samsung in 2021. The brand is also expanding its portfolio into the more affordable mid-segment, and has also entered into an alliance with Oppo.

Successful though OnePlus’ strategy has been, it has alienated some of its early fan base, which feels the brand has not been true to its “flagship killer” origins. This segment has been rather vocal about its disapproval of OnePlus’ recent growth plans, most notably its attempts to blend OxygenOS with Oppo’s ColorOS.

It is this “disappointed” segment that Pei might well be trying to target with his pitch for the Phone (1).His stress on an uncluttered interface with regular updates addressed a recent pain point of OnePlus.It would also appeal to many users who like “stock” or “pure” Android, a relatively plain version of Android. While this “vanilla” version of Android is available on other devices too, it is either too expansive (as on Google’s own Pixel range) or comes on devices  from brands with poor update records such as Nokia and Motorola.With even Andy Rubin’s  Essential Phone having failed, there seems to be a space  in the market for a device that appeals to Android purists who thrive on a clean interface and timely updates rather than the spec bells and whistles that most other players offer.

Taken together, the stock Android fans and the disenchanted OnePlus followers could well make a tidy number.It might not make Nothing a major phone player overnight but would definitely propel it into the spotlight, which would be a good start. After all, it did work for OnePlus almost eight years ago. Considering where the brand is today, it is hardly surprising then that Nothing seems to be following a somewhat similar path.

In just two days, over 17,000 of you have surpassed the $35M pre-registered amount of last year’s community investment round. 🚀

The line between company and community is disappearing. pic.twitter.com/mXB5img2mY

A Challenging Path Ahead

He might have identified a potential niche in the market, but it is unlikely to be smooth sailing for Nothing and Phone (1). OnePlus had the benefit of emerging as  a price warrior at a time when flagships were exorbitantly priced. Today, price is no longer the competitive advantage it once was, with flagship devices available at prices that start as low as Rs 35,000 (the iQoo 9 SE). So much so that it is safe to assume that no matter what price tag Nothing comes out with for the Phone (1), it is likely to encounter a fair amount of competition from a number of players.

There are some folks who are already drawing parallels between Nothing and Essential Products, Andy Rubin’s unsuccessful venture which had also tried to create an independent ecosystem. Where Essential stumbled was in terms of product delivery. The Essential Phone did get positive reviews but had far too many shortcomings, which eroded the faith that Rubin had built up in the brand.

Carl Pei’s challenge is similar. He has promised a whole new world of innovation, albeit one which bears more than a passing resemblance to the One (Plus) he co-founded almost nine years ago. Some might even say that Nothing is actually a blast from the OnePlus past, a sort of OnePlus original Redux. But given how well that brand has done, we do not think consumers would be complaining. After all, most people like innovative products that work and do not cost the earth.

Whether you consider it to be an original Truth or an updated edition of it, Carl Pei has talked the talk for Nothing. His team now needs to do the walking and deliver on the product front. The Ear (1) TWS were a promising start. The Phone (1) needs to be every bit as good, if not better. It could well be All or Nothing time for the man who was seen by many as the “face” of OnePlus not too long ago and this new brand.