New Delhi: The Kandahar team won a buzkashi tournament that ended in Kabul on Sunday. As many as 16 teams from various provinces of Afghanistan took part in the tournament that lasted over 10 days, Tolo News reported.

“Our people’s prayers were with us. We had good horses and good management and we became the champions,” Faisal Hassan, a member of the Kandahar team, was quoted as saying.

Buzkashi, which roughly means “dragging or polling the goat” in Persian, is Afghanistan’s national sport that showcases the riders’ horsemanship and warrior spirit.

The sport, which often turns violent, involves two teams propelling a headless goat carcass to the scoring area, accumulating points on the way. Organisers use fake goat carcasses these days, according to reports.

The traditional sport was banned as “immoral” when the Taliban ruled Afghanistan from 1996 to 2001. Since taking over power in August, they seem to have accepted buzkashi.

Kandahar, the winning team, hails from the Taliban heartland and it did not have a real tradition of the sport, news agency AFP reported.

How To Play Buzkashi

A buzkashi game needs two teams with six horsemen on one side. Traditionally, the teams fought for the possession of a beheaded goat carcass to drop it into the “circle of truth”, the scoring area.

The ‘chapandaz’, or riders, these days fight for a 30-kg stuffed leather bag, which resembles a carcass.

Injuries are common as the game often turns violent, necessitating the horses and riders to be substituted.

It’s common for the horses and their riders to get violent against their rivals.

Buzkashi: Past And Present

Buzkashi has been played for centuries. According to Britannica, Buzkashi likely originated among the nomadic population of Turkic people (Uzbek, Turkmen, Kazak, and Kyrgyz) as a means of entertainment. Between the 10th and 15th centuries, these Turkic people spread westward from China and Mongolia, and it is their descendants who are now the core players of buzkashi.

While it is most popular in Afghanistan, the game also has takers in the Muslim republics north of Afghanistan and in parts of northwestern China.

Buzkashi has continued and flourished in Afghanistan despite all the adversities — amid foreign invasions, insurgency, and civil wars.

People from far-off places come to the match venues to cheer the teams.

“Although there is a lot of poverty and unemployment in our country, we still came from Balkh province to watch this game, because we are very interested in the sport,” said Abdul Saboor, who was among the spectators during a game in Kabul.

Though the sport was banned during the last Taliban rule, the entire contest took place under tight Taliban security this time, AFP reported.

Religious songs were broadcast over the public address system before the game began, as white Taliban flags fluttered.

“Unfortunately, buzkashi was not allowed previously and was only played in provinces where the Taliban didn’t rule,” the AFP report quoted Qais Hassan, the owner of the Kandahar team, as saying. “Today, luckily, buzkashi is not only being played all over Afghanistan, but the government, the Islamic Emirate, is organising this competition.”

Commercialisation of the sport is also visible as large billboards could be seen around the field in Kabul during the final match. The teams wore numbered jackets of different colours, with some also sporting advertising patches. 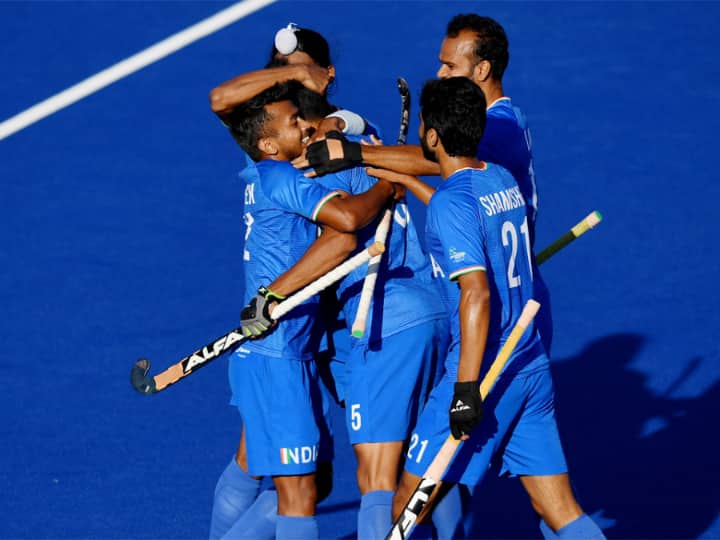