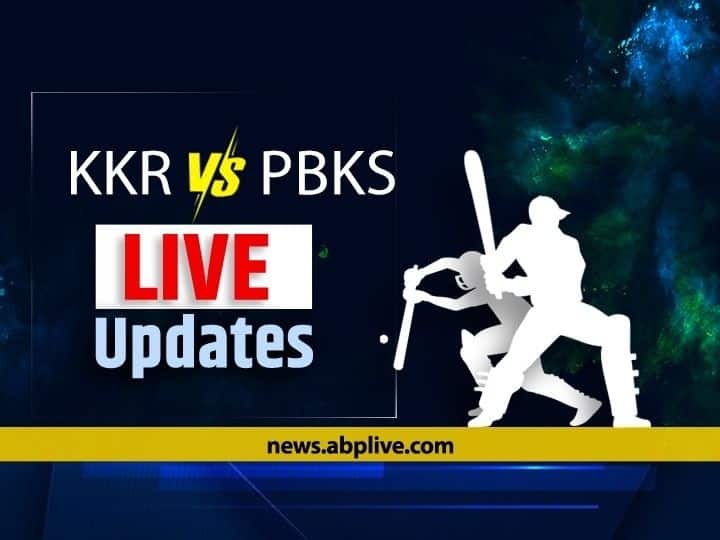 IPL 2022 KKR vs PBKS Live Score: Hello and welcome to ABP LIVE for the riveting encounter between Kolkata Knight Riders and Punjab Kings.

Kolkata Knight Riders are expected to continue with their risk-taking approach despite mixed returns when they take on Punjab Kings in the Indian Premier League in Mumbai on Friday.

KKR headed into Friday’s game at the back of a three-wicket loss against RCB though managed to make the game close after a below-par total.

Punjab began their campaign with a win but they would expect a better bowling effort after conceding more than 200 runs in their first game.

South Africa speedster Kagiso Rabada is expected to play after completing his three-day quarantine and that will give a big boost to the Punjab attack.

Batting at the Wankhede, where the track is relatively fresh, has not been easy as seen in the two games played at the venue so far.

It may be early days in the two-month-long IPL but the toss is already playing a significant role in the game’s outcome with dew coming into the picture in the second half of the game.

Kolkata’s openers, Ajinkya Rahane and the attacking Venkatesh Iyer perished cheaply against RCB and the duo would be looking to provide a strong start to the team.

While skipper Shreyas Iyer, who has been in good form despite the failure against RCB, would be an important cog in the wheel but would need support from the likes of Nitish Rana.

For left-handed Rana, consistency would be the key. Apart from the duo, the responsibility in the middle order needs to be shouldered by Sam Billings, Sheldon Jackson and the big-hitting Andre Russell.

The KKR line-up has batters who can tear into any attack and the management would hope that they all fire in unison against Punjab.

On the bowling front, pacer Umesh Yadav was splendid in both the games with the new ball. Experienced Kiwi bowler Tim Southee, who replaced Shivam Mavi and picked up three wickets, too has a key role to play up front.

The concern for Kolkata would be the form of spinner Varun Chakravarthy, who needs to hit the straps quickly.

For Punjab, a lot would rest on how their top three skippers Mayank Agarwal, flamboyant Shikhar Dhawan and Sri Lankan Bhanuka Rajapaksa, who played a match-winning cameo against RCB, perform.

While head coach Anil Kumble would expect more contributions from the middle order, the likes of Odean Smith and Shahrukh Khan proved their mettle when they steered the side home against RCB and would be keen to be among the runs again.

It remains to be seen if Under-19 World Cup star Raj Bawa, who failed on his IPL debut, gets another chance.

Punjab bowlers came up against a marauding Faf Du Plessis in the first game and the likes of Sandeep Sharma, Arshdeep Singh and Odean Smith would need to up their game against KKR.

The eight overs from the spin duo of Rahul Chahar and Harpreet Brar could also make a difference in the game.

IPL 2022, KKR vs PBKS: When And Where To Watch Kolkata Knight Riders Vs Punjab Kings Live Telecast, Streaming