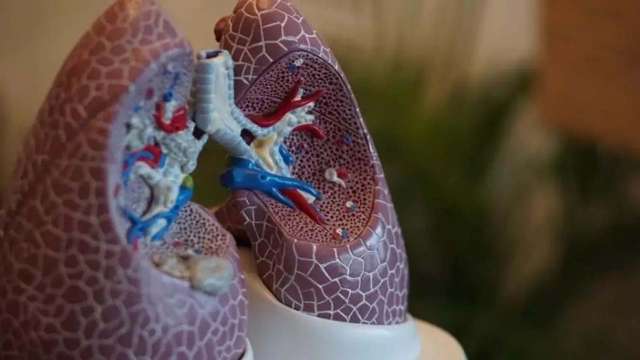 Scientists have discovered a new organ in the human body, which works to keep the lungs healthy. The new cell-like organ is found in the thin and very delicate branches present in the lungs of the human body. Scientists hope that with its help, they will be able to save or cure people from smoking-related diseases.

Scientists have named it Respiratory Airway Secretary. These are present in the bronchioles, the branch of nerves present inside the lungs. This is the same organ that exchanges oxygen and carbon dioxide inside the blood.

In the study published in the journal Nature, researchers found that RAS cells depended on the lungs. Because all their work goes through the systems related to the lungs. The scientists took the lung tissue of a healthy person. After this the genes present inside each cell were analyzed, then RAS cells were detected.

Professor Edward Morrisey of the Perelman School of Medicine at the University of Pennsylvania said that RAS cells have also been found in the lungs of ferrets, which are similar to human cells. Scientists came to the conclusion that most mammals, whether small or large, all have RAS cells in their lungs.

How does RAS cells work In Human Body?

RAS cells (new organ) are like stem cells. These are called blank canvas cells. They identify any new organs or cells inside the body, which repair the damaged alveoli and create new alveoli cells. So that the flow of gases in the blood remains correct.

What is the function of RAS cells?

They secrete such particles, which act as a layer for the fluids flowing in the bronchioles. Due to which the capacity of the lungs increases. They function like progenitor cells which is alveolar type-2 (AT2) cells. This is a special type of cell, which releases chemicals to repair damaged small cells.

What do scientists say?

In COPD, there is not enough oxygen to build up inside the lungs. As a result the veins get swollen. Its symptoms are like asthma. Professor Edward Morrisey said that in the future, RAS cells may help in the treatment and prevention of chronic obstructive pulmonary disease (COPD) in the future.

COPD is caused by smoking or by air pollution. If they can cure this kind of disease, or can save human beings from it, then millions of people will not die prematurely.