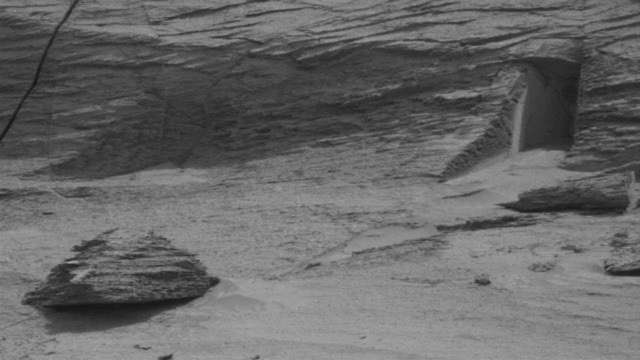 Studying of planet Mars has been one of the primary focus of scientists in the 21st century. To known more about the planet, NASA’s Curiosity rover has been circling the surface of Mars for the last ten years. It is constantly sending pictures from there, so that scientists get to understand the history and geology of Mars better.

In this regard, the Curiosity rover has recently sent a picture, in which a door-like structure is seen in the middle of a rocky mountain on the surface of Mars. The photo taken on May 7 has the internet divided. Some say that the door-like structures suggest it is inhabited by an alien civilisation, like a special doorway or a portal of transportation.

Some people on social media are claiming it to be the door of another world. However, it is also believed that such a shape has emerged due to the earthquake coming on Mars in the past. Now researchers are trying to understand what is this door-like shape.

This figure is not as big as it looks in the photo. According to NASA, its height is only 45 cms. Geologists are not describing it as a shape, they are saying that this site can be seen from the fracture of many straight lines and the door is the place where all those ridges intersect each other.

Is this pareidolia effect?

Pareidolia is a psychological phenomenon that causes people to see patterns in a random stimulus. This often leads to people assigning human characteristics to objects. Usually this is simplified to people seeing faces in objects where there isn’t one.

It is a Greek word and is made up of para meaning near and idilone meaning shape which in German became paridoli and in English changed to pareidolia. In fact, when an unclear or unknown image comes to the fore, the person tries to convert it into a familiar object to understand. This process is called pareidolia.

NASA says that a lot of research will still have to be done for its complete information. Meanwhile, scientists searching for aliens should heed astronomer Carl Sagan’s note that extraordinary claims require extraordinary evidence to prove. Therefore, researchers believe that more concrete evidence will be needed for the existence of aliens than geological formation.

It cannot be denied that the study on Mars has been going on for decades, but we have not found anything as evidence of life. Nevertheless, the possibility cannot be ruled out that there has ever been life on Mars. On this hope, scientists are constantly engaged in efforts. But at the same time some scientists believe that some fossil remains related to ancient cellular life can still be found, but suddenly it seems almost impossible to find a shape like a door or spoon.

For years, scientists engaged in the search for SETI (Search for Extra Terrestrial Intelligence) ie aliens have been looking for signs of other civilizations in the sky, but they have not found anything. However, our search has been limited to a few stars only.

Therefore it can be said that the search has not started properly yet. But still, in different ways, pictures related to the shape of UFO (Unidentified Flying Object) ie flying saucer keep flowing on social media.It cannot be denied that most of these pictures may be fake or misrepresent a picture.

In such a situation, when these pictures come to the fore, instead of spending time investigating it, scientists are better off dismissing it. But in the meantime, he is not hopeful about getting evidence of life on Mars. 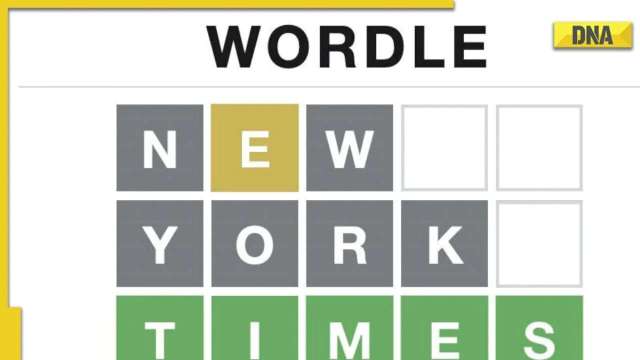