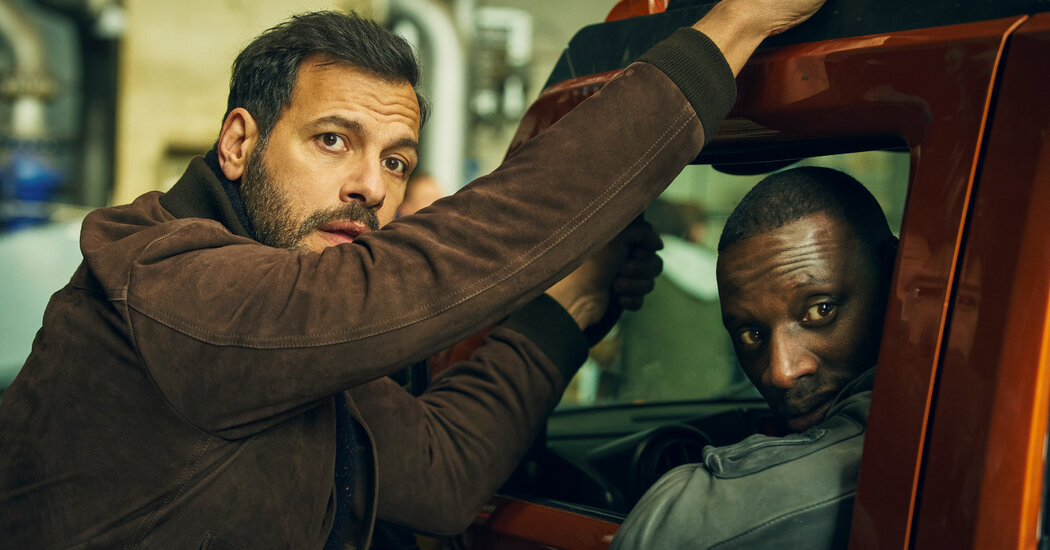 The Takedown Review: Ousmane Diakité and François Monge may be French, but they will be instantly familiar to American audiences: mismatched detectives thrown together by a case, they bicker all the time, only to eventually grudgingly broker a truce. They complement each other, you see.

As you might have guessed, “The Takedown” is a Gallic spin on buddy-cop movies, especially those from the 1980s and ’90s. Unfortunately much of the humor, which includes several moldy gay-panic jokes, belongs to that era, too. Imagine, our two heroes must share a bed after a hotel runs out of rooms — the horror!

A sequel to the marginally superior “On the Other Side of the Tracks,” from 2012, “The Takedown” finds the shrewd, hotheaded Ousmane (the “Lupin” star Omar Sy) and the idiotic, arrogant François (Laurent Lafitte, “Elle”) investigating a small mountain town crawling with white-supremacist thugs hopped up on potent meth — and the local authorities, which belong to a far-right party not unlike Marine Le Pen’s, more than tolerate them. At least a local policewoman (Izïa Higelin) appears keen to help our odd couple.

The project must have felt like a gimme for both Sy, whose easygoing charm helped turn “Lupin” into a global hit, and Louis Leterrier, who made his mark directing the excellent first two “Transporter” movies as well as the best “Lupin” episodes. But even the sight of the two frenemies wiping out racist goons is not enough to make up for the desperately frantic action scenes (hope you like interminable car chases), joyless jokes and hackneyed clichés.

Not rated. In French, with subtitles. Running time: 1 hour 59 minutes. Watch on Netflix.