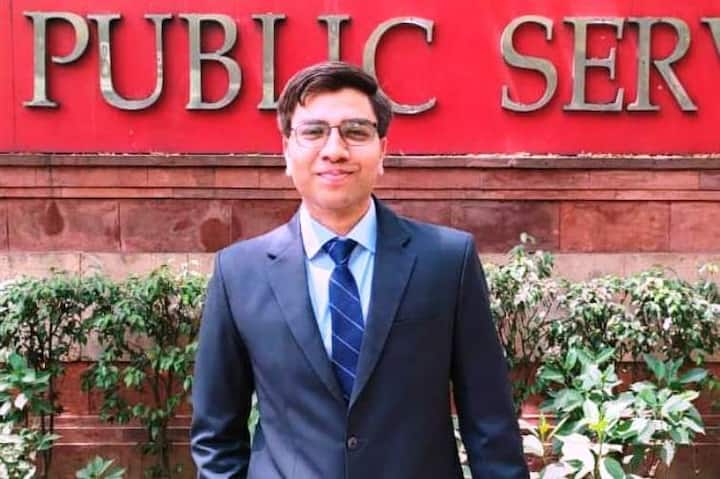 UPSC IAS Success Story: It is said that only one who has courage and courage along with academic preparation can break the maze of Union Public Service Commission (UPSC) examination. The success story of Kushal Jain, who secured 40th rank in the UPSC exam of 2021, is also a complete document of how skillful it takes to dream a dream and the passion to fulfill it.

Journey from Engineering to UPSC

Let us know how Kushal’s journey was from engineering to crack UPSC. Kushal Jain, 29-year-old son of Jai Kumar Jain, an engineer in the government department and Rashmi Jain, a government school teacher, has made Sanskardhani Jabalpur proud by securing 40th rank in UPSC. Despite failing in the interview thrice, Kushal did not lose his courage and skillfully stuck to his mission. Kushal Jain, an engineer in a reputed multinational company like Microsoft, left his one and a half year old job in a moment to fulfill his dream in 2018 and started preparing for UPSC. Jain finally got 40th rank across the country in the fourth attempt.

Schooling from Christ Church Boys
Kushal did his schooling from Christ Church Boys in Jabalpur. After taking an engineering degree in computer science from a reputed institute in Bangalore, he was working in a good package in Microsoft company in Delhi, but after about one and a half years he made up his mind to go to the civil service. Leaving and started preparing.

Inspired by seeing the DM hoisting the flag in the Independence Day parade
In a conversation with ABP News, Kushal says that in childhood, when he used to see the DM hoisting the flag in the Republic Day or Independence Day parade in the stadium, there was a big thrill. With time, these memories became blurred, but during the job it was felt that life on the lines is imposing many restrictions. If parents were government servants, then the atmosphere of the house was also very positive towards community service. The desire to work on the grass route inspired the preparation of UPSC.

Said to himself – success is bigger than failure
Although Kushal did not take any coaching to crack the UPSC exam, but he says that the first condition is to be interested in whatever field you want to go in and then the preparation should be of high level to get success in it. He says that, ‘I also failed thrice by going to the interview level. It also used to disappoint but then used to question myself that this failure is nothing compared to what I am going to achieve.

40th place in 4th attempt
Kushal Jain cracked UPSC exam with 49th rank in the fourth attempt and now he will get the highest service of the country i.e. IAS cadre. Kushal’s mantra to clear the exam is also very clear. They say that any youth should prepare for tough exams like UPSC according to a fixed schedule. Nowadays there is facility of preparation both online and offline. First of all, see the successful candidate and hear how he prepared. Then study every week by making a time table. Give mock tests and learn from your mistakes.

You must go through the previous years question papers of UPSC. Revision should also be done. Kushal says that the biggest thing is not to lose courage, because most of the toppers do not succeed in the first attempt. They also move forward by correcting the mistakes. The question of the interview is objective and every candidate can prepare it according to his personality. Kushal is currently spending time with his family in Jabalpur. His training will start in August.

RBSE Result 2022: Rajasthan Board has released the results of class 5th and 8th, check the result with the help of these steps

Physics Wallah: ‘Physicswala’ became the country’s 101st unicorn, know what is a unicorn