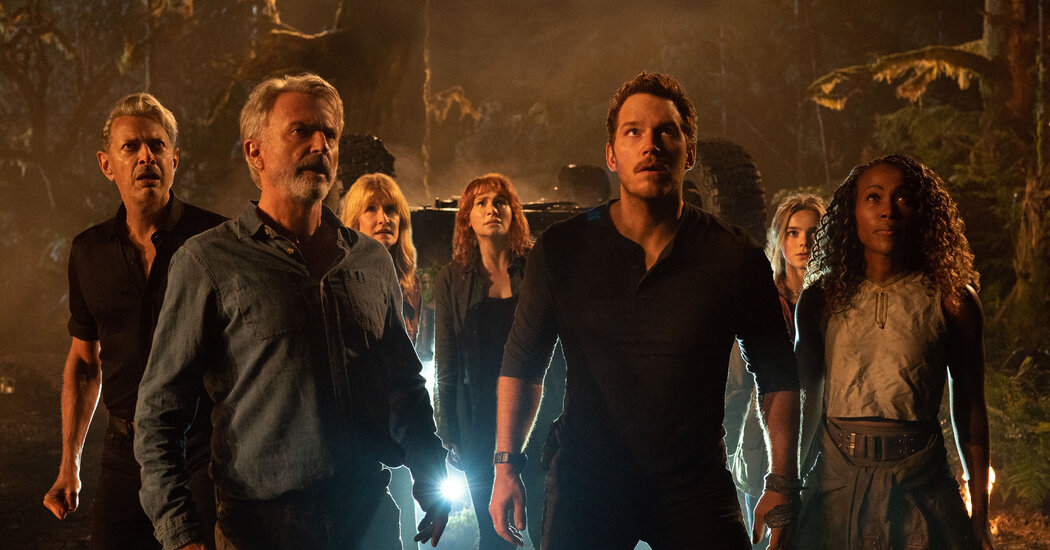 “Jurassic World Dominion” starts with a nod to “The Deadliest Catch”: A marine reptile snacks on king crabs in the Bering Sea before turning its jaws on a trawler and its crew. Yikes! Then a mock newscast swiftly brings us up-to-date on the global catastrophe that began to unfold almost 30 years ago in the first “Jurassic Park” movie.

In case you need a refresher, how it started was with Richard Attenborough rhapsodizing about the wonders of life; how it’s going is that the big lizards are everywhere, generally bringing out the worst in people.

The second trilogy, which started in 2015, hasn’t quite lived up to that promise. “Dominion,” directed by Colin Trevorrow, might be a little better than its two predecessors (“Jurassic World” and “Fallen Kingdom”), but in ways that underline the hectic incoherence of the whole enterprise.

However: Jeff Goldblum is back, as the “chaotician” Dr. Ian Malcolm, more seductively lizardy than the dinosaurs themselves. Ian is reunited with his “Jurassic Park” frenemies Dr. Alan Grant (Sam Neill) and Dr. Ellie Sattler (Laura Dern). Ellie has been married and divorced and made a name for herself in the field of genetic something or other.

Alan is still carrying a torch for her. Yes, he’s in love with her, but what I mean to say is that he literally carries a torch, to light their way through an old amber mine deep in the Dolomites.

That rocky bit of Italy is where the fiercest, biggest ancient predators now live, in a preserve built and supervised by Lewis Dodgson, an evil tech/pharma billionaire played by Campbell Scott.

He seems nice enough at first — his company, Biosyn, claims to be protecting the dinosaurs out of the goodness of its corporate heart, and also curing disease, feeding the world and so on — but nobody except a naïve scientist is likely to be fooled. There are too many tells. Lewis’s silver hair is combed flat against his scalp, and he wears collarless shirts and soft jackets in rarefied neutral tones like ecru, pewter and mother-of-walrus. His very speech patterns suggest libertarianism run amok.

As it happens, Lewis has bioengineered a plague of giant locusts, with the help of Dr. Henry Wu (BD Wong), another revenant from the earlier “Jurassic Park” movies. Biosyn has also kidnapped Maisie Lockwood (Isabella Sermon), the cloned avatar of a famous scientist.

To make a very long story as short as I can: For the past few years, Maisie has been in the care of Owen Grady (Chris Pratt) and Claire Dearing (Bryce Dallas Howard), who have been with the franchise since “Jurassic World” and who have less and less to do. Well, that’s not quite fair.

It’s just that everybody else is more interesting, both the old-timers and the newcomers. Mamoudou Athie and DeWanda Wise are both better than they need to be in cookie-cutter parts. She’s Kayla Watts, a tough, cynical cargo pilot, and he’s Ramsay Cole, a smooth techie minion. They both end up pretty much where you expect they will. Kayla is someone you might hope to see in her own movie.

Pratt and Howard, bless them, are the designated action figures, who do a lot of the running and jumping and fast driving. There is a complicated chase through the narrow streets of a picturesque Mediterranean seaport, which is only tangentially related to dinosaurs but which might remind you, not unpleasantly, of a Jason Bourne movie. Other chases happen in mud, rain, snow and gloom of night, and also along the sleek, curving corridors of a high-tech research facility.

This is a very crowded movie — so many species of dinosaur, and I’m so bad at keeping track of them that my 8-year-old-self is no longer speaking to me. They are variously menacing, ravenous, bizarre and kind of cute, but the frenzied live-action and digital special effects rarely produce moments of Spielbergian awe.

Within the world of “Dominion,” the dinosaurs are no big deal. The message seems to be that human beings need to learn to live with them, accepting the occasional pet-mauling or boat-devouring as the price of coexistence. Is this utopian or dystopian? A vision of ecological harmony or of genetically engineered apocalypse? A metaphor for Covid or just a sign of imaginative exhaustion? 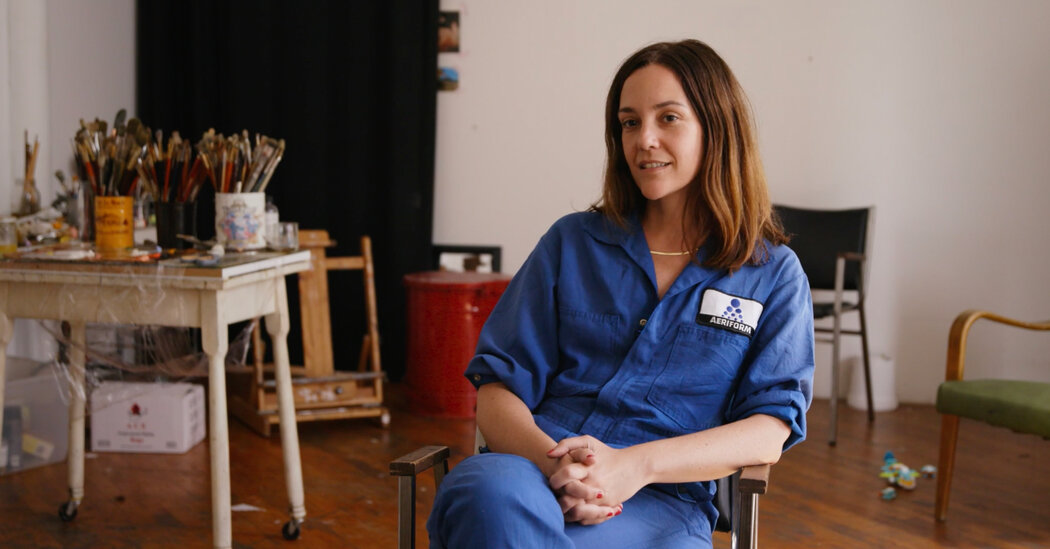