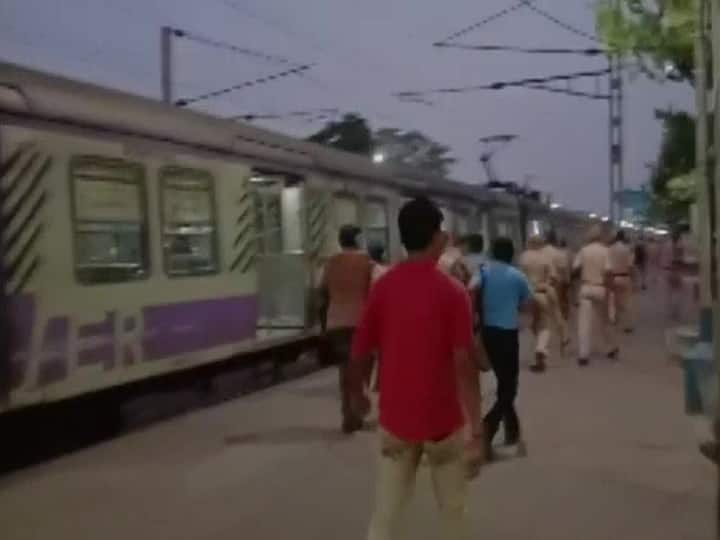 New Delhi: A group of people attacked and damaged a local train at Bethuadahari station in West Bengal’s Nadia district on Sunday evening, PTI reported a police officer as saying. It was, however, not immediately known whether there was any casualty, according to the news agency. The officer said a large number of protestors put up a road blockade. He added when the protestors were chased by the police, some of them entered the station and threw stones at the train which was on a platform.

The police officer said the train services on the Lalgola line have been affected due to the attack.

The BJP has suspended Sharma from the party’s primary membership as several Islamic countries condemned her comments on the Prophet during a TV debate.

The order in this regard was issued by the BJP Central Disciplinary Committee.

“You have expressed views contrary to the Party’s position on various matters, which is in clear violation of Rule 10 (a) of constitution of the Bharatiya Janata Party,” said the order issued to Sharma by Om Pathak, Member Secretary, Central Disciplinary Committee.

“I have been directed to convey to you that pending further inquiry, you are suspended from the party and from your responsibilities/assignments if any, with immediate effect,” Pathak added.