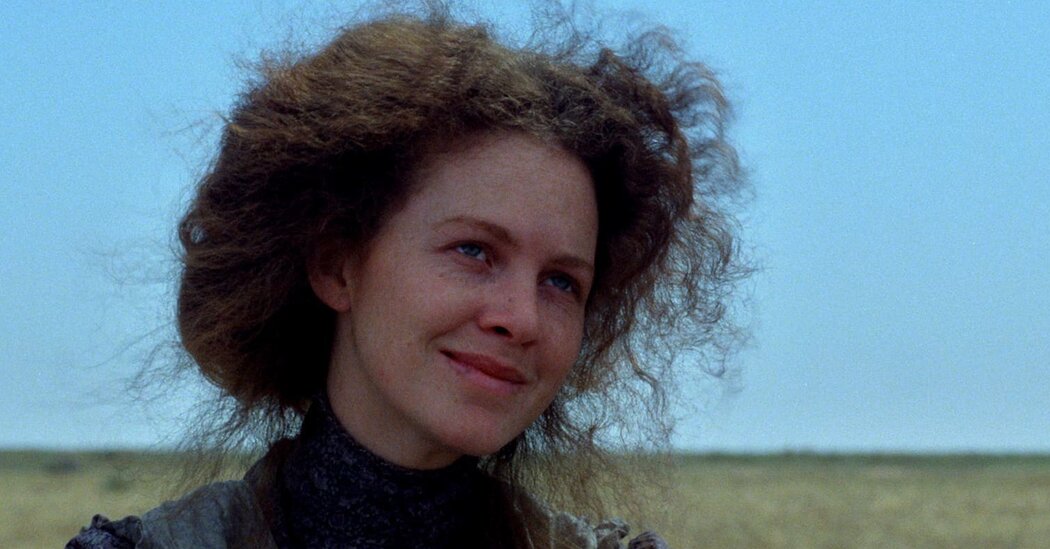 In the opening moments of Gillian Armstrong’s debut feature, “My Brilliant Career” (1979), a freckled, tawny-haired young woman stands in the doorway of her house in the Australian outback and declares: “Dear countrymen, a few lines to let you know that this story is going to be all about me.” The woman is Sybylla, played by a fiery, young Judy Davis, and she dreams of a long, fruitful career as a writer — love, marriage, motherhood and all of society’s other expectations be damned.

Sybylla’s words might as well have been the rallying cry for a whole generation of Australia’s female filmmakers, who had waited for years to tell their own stories. Their defiant and eclectic body of work is the subject of Pioneering Women in Australian Cinema, a fascinating series that opened last week at the Museum of the Moving Image, in Queens, N.Y.

“My Brilliant Career,” which shot Armstrong into global prominence, was the first feature to be directed by an Australian woman in more than 40 years. In 1933, “Two Minutes Silence,” the fourth and final feature by the three McDonagh sisters — Isabel, Phyllis and Paulette — had closed out a brief but booming era of early Australian cinema in which women had been active as producers and directors. (The MoMI series includes the 1929 film “The Cheaters,” the only feature by the McDonagh sisters for which a print still exists.)

The intervening decades had drastically shrunk not just opportunities for women interested in film, but the scope of Australian cinema itself. Stiff competition from Hollywood and the ravages of World War II had more or less shuttered the country’s film industry by the 1960s. Government initiatives to subsidize production and establish a national film school eventually spurred a rebirth in the 1970s. The Australian new wave, as this resurgence came to be called, thrust antipodean cinema onto the world stage with stylized, maverick films like Bruce Beresford’s “The Adventures of Barry McKenzie,” Fred Schepisi’s “The Chant of Jimmie Blacksmith,” and George Miller’s “Mad Max.”

The new wave was a male-dominated movement, with many of the films flaunting a grisly, macho vision of Australian culture; Armstrong often stood out as the sole female exception. But “My Brilliant Career” also represented the beginning of another kind of renaissance in Australian cinema — one led by women. Between the late 1970s and the 1990s, a number of women directed landmark films across genres, introducing rousing new feminist narratives to the Australian screen.

“My Brilliant Career” is one of many firsts in the aptly named MoMI series, which was curated by the programmer and critic Michelle Carey. These include Essie Coffey’s “My Survival as an Aboriginal” (1978), often hailed as the first documentary to be directed by an Aboriginal Australian woman; the dystopian lesbian heist film “On Guard” (1984), written and directed by Susan Lambert and believed by some to be the first Australian film made with an all-women crew; and Tracey Moffatt’s rollicking three-part horror anthology, “BeDevil” (1993), regarded as the first feature to be directed by an Aboriginal Australian woman. Then there’s “Sweetie” (1989), the oddball black comedy that was the debut feature of Jane Campion, who would go on to make “The Piano” (1993), the first film by a woman to win a Palme d’Or at the Cannes Film Festival.

This flurry of breakthroughs resulted from two intersecting developments: the creation of state film institutions like the Australian Film Television and Radio School and the Australian Film Commission in the 1970s; and campaigns by women’s and Aboriginal groups to demand policies that would ensure fair access to these public resources. Armstrong was part of the inaugural class of 12 at the school, whose graduates also include Campion and her “Sweetie” cinematographer Sally Bongers, as well as Jocelyn Moorhouse, who produced the 1994 crossover hit “Muriel’s Wedding.” “Proof,” Moorhouse’s disarmingly mordant feature debut as a director, is part of Pioneering Women in Australian Cinema.

While state support helped nurture a fledgling mainstream industry, it proved crucial in the development of a feminist documentary and experimental film tradition in Australia, which benefited greatly from the commission’s Women’s Film Fund. “On Guard” is a striking example. Lambert’s hourlong movie follows a group of lesbians who scheme to destroy the data held by a multinational company, U.T.E.R.O., which they suspect is performing illegal reproductive experiments on women. A kind of Aussie sister-film to Lizzie Borden’s 1983 cult classic, “Born in Flames,” “On Guard” subverts patriarchal control in both form and narrative. Told in short, sleek fragments, the film strips the heist thriller of all its usual machinations and violence, instead dwelling on the everyday struggles of its heroines — be it with child care, domestic division of labor or living an openly gay life.

Moffatt’s movies similarly reimagine cultural and film tropes, but through the lenses of gender and race. The short film “Nice Coloured Girls” uses clever juxtapositions of image, voice and text to turn a wily story about three Aboriginal women who seduce and scam white men into a historical meditation on the power plays between early settlers and the women’s ancestors. This theme of colonial haunting is expanded with raucous invention in Moffatt’s “BeDevil,” which draws on Aboriginal folklore to tell a series of modern-day gothic tales. Tracing lines between past and present evils — colonialism, gentrification, cultural appropriation — with an irreverent and experimental approach to editing and sound, “BeDevil” refashions Australian history as a deeply unsettling ghost story. Like many films in the MoMI series, “BeDevil” feels startlingly ahead of its time.

As does Coffey’s “My Survival as an Aboriginal,” despite its simple and straightforward documentary structure. Made one year before “My Brilliant Career” — and no less seminal than that film in inspiring an entire tradition of filmmakers — “My Survival” is both a personal manifesto by Coffey and an heirloom for her descendants. Coffey speaks bluntly, straight into the camera, of the violence suffered by her people, the Muruwari, at the hands of white settlers. Then she sets out with the camera, brusque and determined, to ensure that her heritage is preserved and passed down to future generations. She teaches the local children the traditional skills of her people — hunting, gathering, surviving in the bush — and laments that their education has left them without this essential cultural knowledge. At the end, Coffey declares, “I’m going to lead my own life, me and my family, and live off the land. I will not live a white-man way and that’s straight from me, Essie Coffey.”

Between Sybylla’s fictional “this story is going to be all about me” in “My Brilliant Career” and Coffey’s raw and real “I’m going to lead my own life,” a whole history of Australian women’s cinema was born.

“Pioneering Women in Australian Cinema” runs through Aug. 14 at the Museum of the Moving Image. Go to movingimage.us for more information.